So, I’m working on this piece of writing–a novel excerpt–and I’ve been really struggling with naming one of the main characters.

He’s not someone I ever want to know in reality. I don’t like him. And, occasionally, I get a little creeped out editing chapters about him. (Hopefully, that occurrence means that I’ve written him affectively.)

Still, I’ve had a most difficult time naming him.

Now, I take naming real lives quite seriously. When each of our children entered our arms, we spent a minimum of a day reflecting on what to name them, knowing well that a name can have influence on your life in an almost tangible way.

I may be just slightly less serious about naming my characters.

(And this guy isn’t a great guy–so, of course, I don’t want to name him after anyone that I like….)

The only problem there is that I’ve known lots of people, and I like most of them. 🙂

We (the character and I) went through a transition from a name that started with a G (that was a real name, though it kinda sounded like I made it up) to a name that began with a C (but had a pretty obvious Biblical allusion…anyone care to guess?) to a name that began with an E (what he is named currently). The E name is not a name of anyone I know personally, and it is also the name of a fairly malicious character in a book series I read recently. I was okay with using the E name…at least for now.

While we are talking about names, I found a name that I loved but my husband wasn’t too fond of–and one that was in my ancestry. I didn’t have another daughter after I discovered it (which was probably a blessing since I don’t like to argue with my husband–& I just might’ve been willing to fight for that one). I was excited last month when I remembered the name while I started working on a new novel (I’ve been dying to try something dystopian). Hooray! I can name a character after one of my ancestors.

How do you name your characters? Do you try to make connections or simply find a name you like? Do your characters show up in your brain with or without names? Do you use online resources to do name research?

Just kidding.  Actually, please call me Karin. My name isn’t pronounced “care-in.” It is actually Scandinavian (Norwegian) and is pronounced, “car-in.” (Stress is on the first syllable.)

Though it is simply put phonetically, many people struggle with saying it.

I don’t particularly mind when people misspeak, but I do try to help them be more comfortable calling me by name.

My father, when introducing me as a teenager, would often say to others, “Like when you drive your ‘car-in’ the garage.” Thanks, Dad.

As you can imagine, this experience as a youth scarred me somewhat. I recall even saying, “Daaaaaa-aaaaad!” in an exasperated tone.

Now I use his example.

My good friend in junior high school used to address my notes like this: 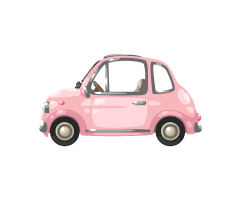 I’ve been thinking, as I continue to work on self-love and self esteem, that maybe I do care. Maybe I do want people to say my name correctly. Maybe I do matter enough for you to make the effort to learn my name.

After all, we’re friends, aren’t we? And friends love and take care of each other, right? And they know each other’s names.

I have always felt a strange sense of responsibility regarding the naming of a life.  I have long felt that a name can have so much to do–for good or ill–in the formation of a life.

My dad used to tell us about ways that children made fun of his name when he was a child.  I also remember that my brother’s name was one that was used jokingly.  Thankfully, my name’s pronunciation was difficult enough to say, much less make fun of, which I’m sure saved me some sort of embarrassment in one way while creating it in another.  Oh, well.

Still, as we brought each of our children into this world, I felt a powerful need to create a strong force around them with regard to their names.  I wonder if I have taught them enough about the reasons and feelings around the names they have been given.  I wanted them to each have powerful and purposeful names and to know the meaning of their names…but, like all lessons in life, I’m sure this one’s presence in their minds waxes and wanes like the phases of the moon.

Similarly, when I write, I find myself struggling again to name a character…to summon the forces of nature and writing to again create a life.  Sometimes I find myself, though I am past searching for names of lives that will come from my own womb, pouring over baby name books, searching for the name to fit the character I see in my mind’s eye.  I still feel a sense of ownership with these characters, who in some way become real to me, just as Jane Eyre, Clare Abshire, and Anastasia Steele are real to so many (I recognize that these women are oddly grouped…sorry).  I was also reminded this weekend as my husband and I attended the latest film from a franchise older than I am what is in a name…the faces may have changed several times over the years, but when a British accent speaks the name, “Bond…James Bond,” people listen.  His name has a power.

So, do you know why your name is what it is?

Did you ever want to change it?

And what have you done with your name to make it yours?